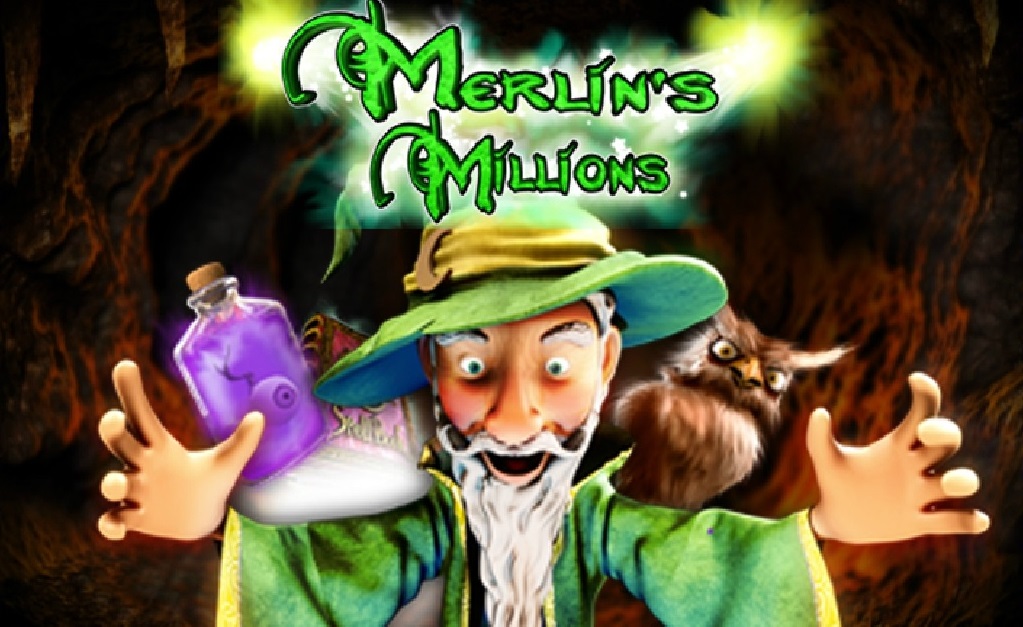 In Arthurian legends, Merlin the wizard was the trusted advisor of the King. This character has spawned movies, television shows, books and several games in its own right, including various Video Slots machines.

Merlins Millions is one such Video Slot game, and is designed and produced by the NextGen Gaming studio. It takes place over 5 reels and up to 50 paylines, with a betting range of 0.5 to 25 coins and a jackpot of 1000x your total stake in the regular game.

This should suit the budgets of most players, but you can also spin for free if you want to practice or have exhausted your funds. When you’re very busy, you can also keep the reels turning on their own with the AutoPlay feature. The high quality of the game remains the same.

The Look and Feel

The reels of the game are set against an enchanted forest background scene, with Merlin standing to the left of them. All graphics are well rendered and Merlin actually fires off some spells in impressive animations.

Higher-value regular icons include a wand, a spell book and a purple potion. The lower-value symbols are made up of the usual playing cards, which have eyes and are surrounded by colourful mist to add to the magical feeling of the game.

Appropriate questing music and action sound effects take this effect even further, making this one of the most exciting Australian online pokies has on offer.

The Wild Symbol in the game is Merlin himself, meaning he can substitute for any regular symbol to complete paying combinations. The only 2 that he can’t fill in for are the blue orb and the owl Scatter Symbols.

The orbs can be spin on Reels 2 – 4, and when 3 are seen at the same time in any position a round of 5 Free Spins is triggered.

The full-figure Merlin on the side of the screen fires magic at the reels to turn them Wild, so even though you only get 5 Free Spins you should be able to win a decent amount of money.

The owl Scatter Symbols work in the same way, with the appearance of an owl anywhere on Reels 1, 3 and 5 at the same time triggering another mini game. When the 3 Scatter owls are seen, every symbol on the reels becomes an owl.

This is a point and click game, and you just need to keep choosing owls to reveal different prize amounts. When you click on the bird that tells you to collect, the round is over.

Players can choose to use the game’s Superbet feature, which adds different-value multipliers to the Wild Symbols when Merlin fires magic at the reels.

Bets cost more, with higher stakes granting you higher multipliers. To use this feature, you must be playing all 50 paylines.

For a final playing flourish, you can choose to activate the Gamble feature aft every winning spin. Here you’ll get to try and double or quadruple your takings by correctly predicting the colour or suit of a playing card.

If you’re wrong you forfeit all your winnings, and for many players this risk adds an exciting edge to proceedings.